On a cool Sunday morning, I opened my fridge, asked a question, and the fridge told me: potato cauliflower soup. I said, alright, I’ve never made that before, why not try something new? It’s a quick and easy soup that takes about an hour to make, most of the time you don’t even have to stare at it. No cream necessary and still thick and filling. Now it’s a staple in my meal plans.

I’m going to be honest with you: I love soup. All soups. Thick soups, thin soups, you name it and I’ll probably be all over it. So why don’t I make more at home?

Curiosity Papa likes to eat out a lot and try as many new things as possible. So, I got to try soups from all over (Yay me!). But the soup at home was, of course, generally Chinese soup.

Growing up, making Chinese style soup looked like a complicated beast to tackle. I’d watch as the ingredients went into a pot in the morning and be told it wasn’t ready until about dinner time. The ingredients weren’t ones I could name, and if I asked about it, I frequently forgot the name immediately. Unless I went to a Chinese specific grocery store (of which there are many where I grew up), I’d almost never be able to find the right ingredients. I didn’t understand why making soup involved buying a lot of ingredients I didn’t know and (to me anyway) was in the way more so than not.

Even now, it’s a beast that I fear to tackle, which is why my first comeback recipe isn’t a Chinese soup (┐(￣∀￣)┌). I very literally opened my fridge one day, trying to meal plan for the week. I had decided to try having soups for lunch as I was commuting back to the office again and (honestly) I didn’t want to use the microwave at work. So, the thought pattern went: Okay, I can reheat soup in the morning, put it in my thermos and it’ll hopefully still be hot by the time lunch rolls around. I had half a head of cauliflower left and a bunch of potatoes hanging around. That sounded promising, so there I went. I wanted to warm the soup up a bit, so in went some cumin and paprika. I blitzed it all with my immersion blender, et voila, soup. Thick and hearty soup too.

I heavily debated adding cream to this, but I didn’t want to add fat to the soup, so what to do? Well, potatoes give off plenty of starch as it is, so I’m guaranteed to have a thick soup, not so worried about being full. Sacrificing the creaminess for a slightly healthier version of potato soup doesn’t sound like such a bad thing.

*Note: it’ll make your life so much easier if you gather all your ingredients and do the prep work before starting the cooking process. That way, you’re not looking for things as you’re cooking.

I start out by peeling the potatoes and cutting them down to like sizes. I don’t generally care how large the pieces are as they’re all going to be blitzed anyway. Next, wash and cut the cauliflower into pieces.

After that, I take apart half an onion, cutting it so it’s similar in size to the potatoes. I smash two cloves of garlic and set everything aside.

Next, I grab a large pot and add nine cups of water to it. Set it on the stove and add potatoes, cauliflower, onions, and garlic. I let it hit a rolling boil (when stirring doesn’t stop the boiling) then take it down to a simmer until the potatoes are soft.

Once the potatoes are soft, I add in the soy sauce, paprika, Worcestershire sauce, and cumin. Let everything simmer for 15 minutes.

This is a crucial moment, by the time it’s simmered for 15 minutes, I like to taste it. I like to think of flavours as being fluid. How spicy do I feel today? How salty? How sweet? So I always taste. This is the moment where you’ll make your adjustments. Don’t be afraid to, adjust until you’re happy. If you decide to adjust, let it simmer for at least 5-10 minutes then try the soup again.

Once you’re happy with the flavour, turn off your stove and take it off heat to cool for 5-10 minutes. This is the fun part (for me anyway). I don’t have a blender, but I do have an immersion blender. So, always start on low, I stick the immersion blender into the soup and blitz till I’m happy with the consistency. There are days where I want it to be as smooth as possible, but there are days where lumps are welcome.

And that’s the end of that. You could always chop some bacon, crisp it up and put it on top, but I like it just the way it is. 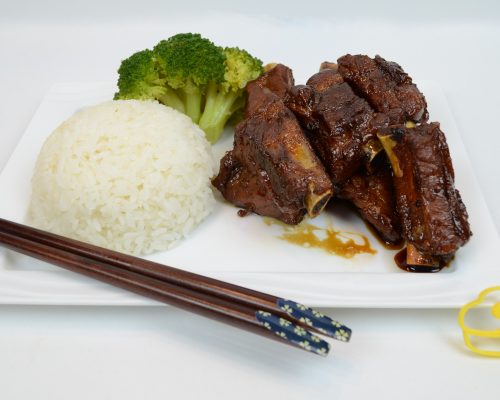 Easy Shanghai-Style Sweet and Sour Pork Ribs. The familiarity of childhood is often the best inspiration, even if asking about the recipe yields the most confusing answers. But don’t worry, I figured it out for you in this easy Shanghai Sweet and […] 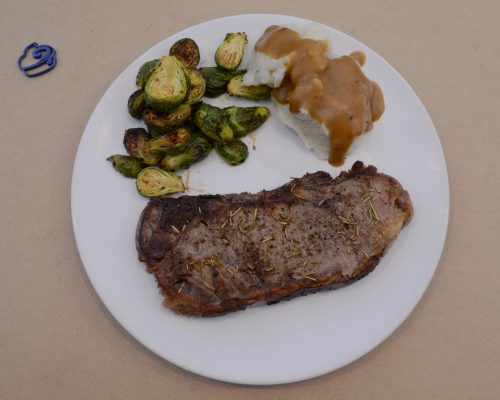 Brussels Sprouts, not the most popular vegetable, but delicious when treated the right way. This vegetable, a miniature cabbage essentially, is a staple for a lot of gatherings. But why? Although it can be bitter, this vegetable is loaded in nutrients and […] 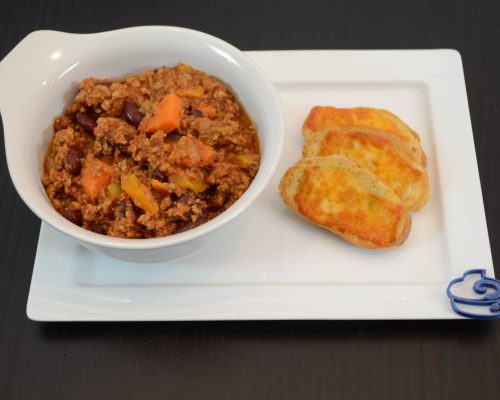 Now that we’re stepping foot into winter, my brain turns towards chilli. Hot soups and stews are guaranteed to keep you warm as you watch the snow drift outside your window. This chilli recipe attempts to be healthy by introducing ground turkey […] 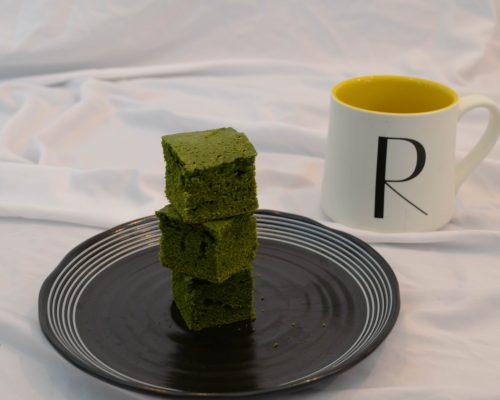 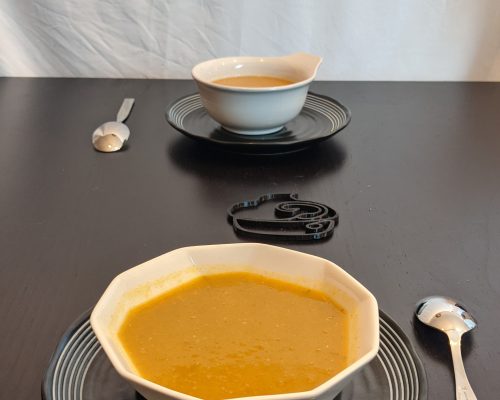 Stepping into the world of squashes is new and exciting for me. I love the idea of squashes in the fall and what screams fall more than butternut squash soup? Easy, simple, and quick. What more can I ask for? And the […]