Curiosity is back with an absurdly short update (at least I think it will be as I start writing this haha).

So, if you follow me on Instagram you may have seen signs of me moving… and I may have mentioned it in a previous post (I most definitely did)  that the NSSSO and I are moving in together. I’m happy to announce that it’s becoming a reality!

It’s been insane over here at the Curiosity household (or the soon to be old household). Between dealing with the Lil Bro and packing up our lives, there’s been very little time to think about Curiosity’s progression.

The NSSSO has been wonderfully calm through this entire adventure and I have to say a giant thank you to him. THANK YOU!!

For his birthday, he wanted to stay in but I wanted an extravagant meal, so we compromised. I made a seven course meal at home. I thought I would be overachieving, but hey, what’s having fun in the kitchen without some ambition? 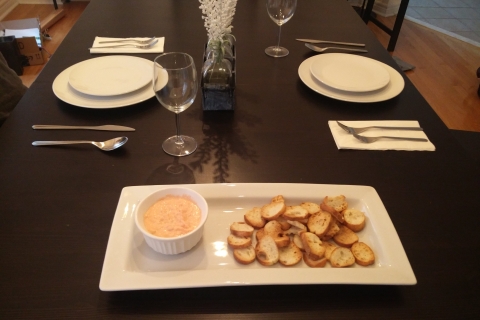 I had it planned out beautifully,  when to start cooking, when to buy groceries, how the serving time would work. What I didn’t account for, was how much the NSSSO could eat. 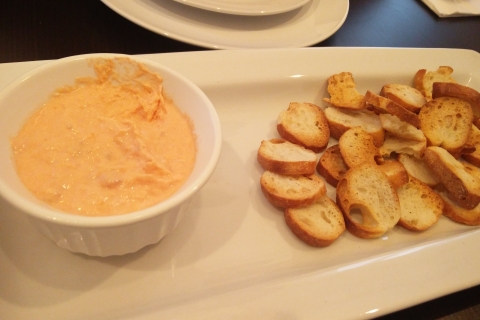 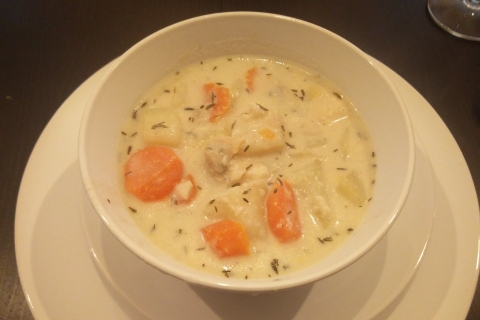 The second course was a seafood chowder. NSSSO doesn’t  like soup and is crazy particular as to what kind he will deign to drink. Chowder almost always works so I got some fish fillets and some clams and got to work. Again, the recipe wasn’t terribly difficult and it didn’t take a long time to make either. 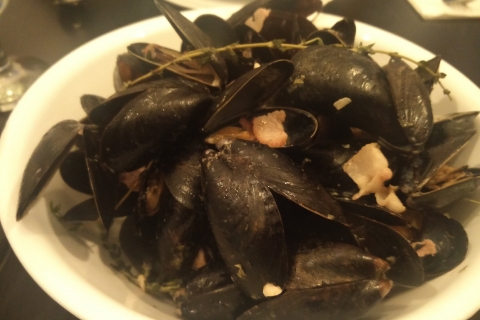 The seafood course featured mussels with a Guinness cream sauce. I’ve never had Guinness and both the NSSSO and I are not beer fans, so understandably, I was worried about this course the most. Cleaning and debearding  mussels was a lot more time consuming than I imagined. For some odd reason, I thought the fishmonger would clean it all so that I didn’t have to worry about it, but they didn’t and it added half an hour onto my original schedule (yes, I am that anal). The cooking was really quick and easy compared to the cleaning. I can confirm though, the NSSSO definitely ate too much from this course. 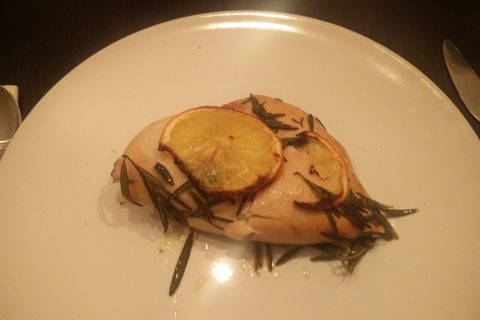 The fourth course was an entrée. I made a chicken recipe, and this was my one failure of the night. Definitely didn’t have enough liquid when I was baking it in the oven and the chicken breasts came out a lot rougher than I would’ve wanted. Good recipe though, thank you Jamie Oliver.

Here was the tricky part: The NSSSO was starting to feel full. 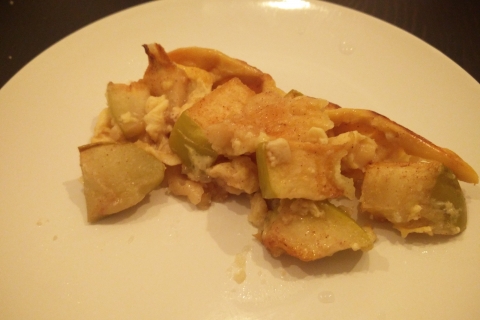 The fifth course was charcuterie board (which I neglected to take a picture of…). Building this dish was fun, I went to a nicer grocery store in the area and spend a good 15 minutes tasting various meats to decide which one would be best. I’m not sure about the person helping me, but I had tons of fun eating meats and deciding which ones to choose and how many. The NSSSO appreciated the board, but was concerned about the remaining dishes.

He actually miscounted how many dishes he had eaten and by the time I told him desserts were left, he was already giving up. In the end, he took one bite out of the apple clafouti  and gave up. Didn’t even make it to phyllo cups that I had already prepared.

In the end, he had a fun evening and apparently really enjoyed the menu. What can I say? I’m looking forward to my first dinner party in my new home.